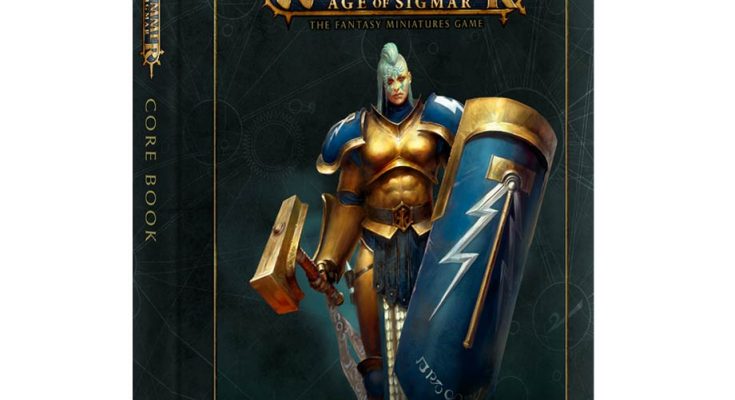 The Second Edition of Age of Sigmar will be available for preorder on the 16th of June, and released two weeks later on the 30th.

As well as the new core book, there’s a new boxed starter set (which includes the core book, too), and the Malign Sorcery expansion.  Plus some other odds and ends we’ll get to later. 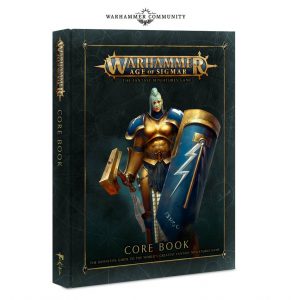 The new core book is 320 full-colour pages, and promises to cover the Mortal Realms in better detail than we’ve seen before, including maps and timelines.  I’ve always felt this to be the one thing Age of Sigmar was really missing – a level of detail that allows you to actually envisage what is going on, where, and when; and to picture the setting in your head properly.

You’ll be able to pick up the book on its own, or alternatively as part of the new Soul Wars boxed set!

As mentioned, Soul Wars contains the new core book.  You’ll also get a getting started book, and a 32-page Battle of Glymmsforge booklet covering a clash between the Stormcast Eternals and the Nighthaunt.

But no boxed set would be complete without the miniatures.  Soul Wars contains two full armies – a Nighthaunt force allied to Nagash, and the new Stormcast Eternals Sacrosanct Chamber. 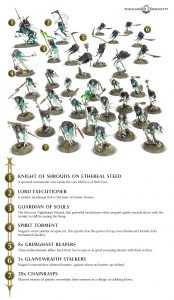 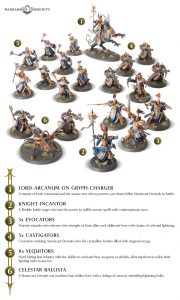 These are all push-fit miniatures, but unfortunately are in the usual grey plastic (I have a special liking for the Thunder and Blood starter set, which used coloured plastic allowing you to differentiate the two armies even if unpainted, which I think is especially good for new players as it allows them to start playing right away.  Many first-time players are put off by the idea they can’t play with their new game without putting in all that effort to paint it)

But that’s only half of the new Second Edition Age of Sigmar game – there’s also the new Malign Sorcery expansion! 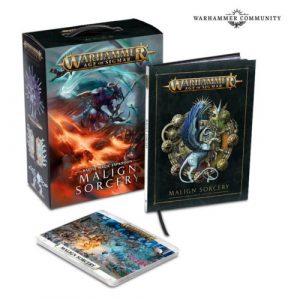 This boxed set contains the rules for the new cinematic magic system – spells that are represented by models on the tabletop, and which move across the battlefield causing effects as they go.

The rulebook also contains rules for new magic items you can customize your heroes with, and warscroll cards for the spells.  It also looks like you’ll get all of the spell miniatures, too! 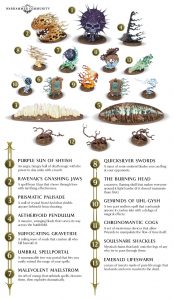 But that’s not all! There’s also the new General’s Handbook 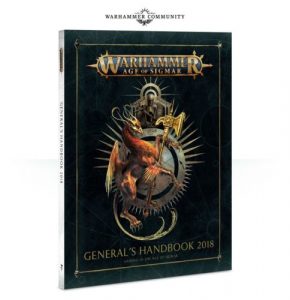 This contains extra rules for matched play, open play, and narrative play; plus rules for Aerial Battles, and the new Gathering of Might system for streamlining huge games with hundreds of miniatures. 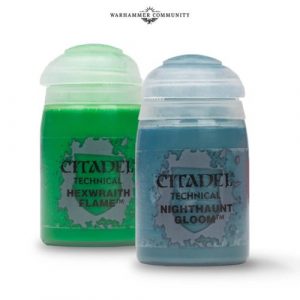 New objective counters – which also look like they’ll be great for use in dioramas or just building themed scenery items. 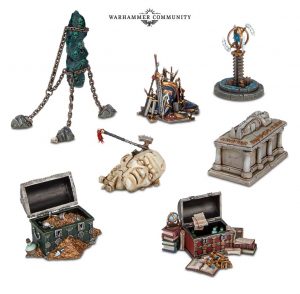 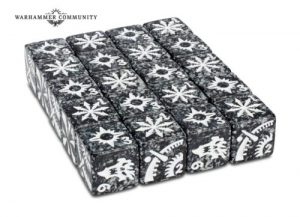 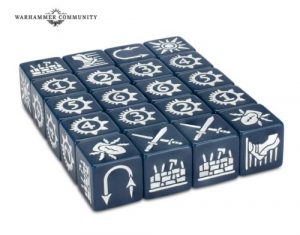 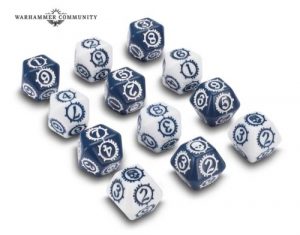 And if you’ve still got any money left after all of that, there’ll be some new miniatures for the Sacrosanct Chamber and Nighthaunt available at launch, too, if you feel the forces in the starter box aren’t enough for you: 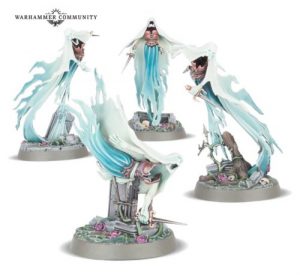 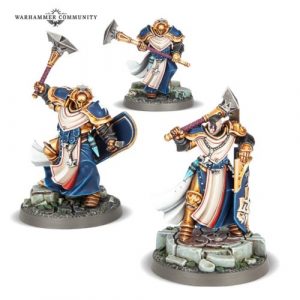 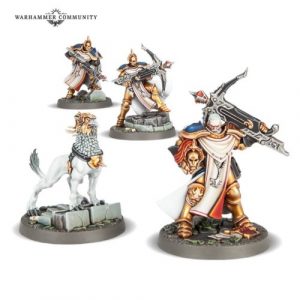 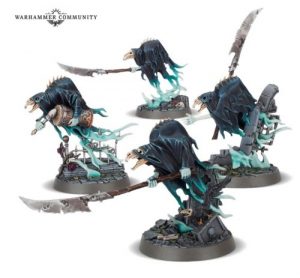 Whew.  Prepare to take out a bank loan, or possibly a second mortgage, because Age of Sigmar Second Edition is on the way!