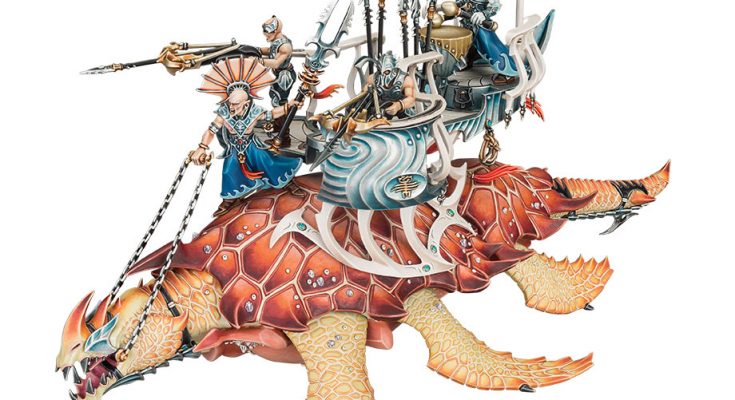 An assortment of new releases from GW this week:

First off, the Idoneth Deepkin are getting the Akhelian Leviadon!  Just when you thought Age of Sigmar didn’t have a Land Raider 🙂 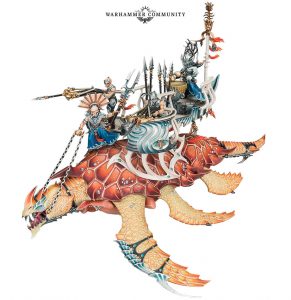 That’s all for the Deepkin this week – so we’re still waiting on the Ishlaen Guard, Morsarr Guard, and Akhelian Allopex

40K Players will be happy to see the release of Codex: Deathwatch, including some new rules for combinations of Primaris Deathwatch marines. 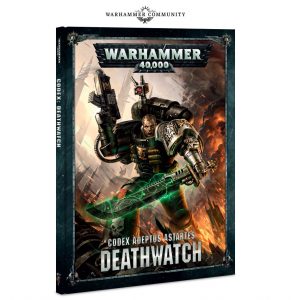 And finally, Warhammer Legends, which was announced a few weeks back, opens.  This will be a section of the Warhammer Community site with AoS rules for many legacy models, and each new set of rules will be accompanied by a week of made-to-order classic miniatures to match.  They’re opening up with a number of classic Dark Elf models, including various Dreadlords, Morathi, Lokhir Fellheart, and Mengil Manhide’s Manflayers.   Remember, each wave for Warhammer Legends will only be available for one week, and then it’s gone forever (or until they do them on made-to-order again, anyway.)

The Warhammer Legends rules are focusing on Open and Narrative play, so don’t expect to see points values – if you need those, you’ll just have to field these units counting as something currently on the lists, using Warscroll Compendiums.  That’s understandable, as I doubt the team want to keep all of these classic models in mind when tweaking points values each year in the General’s Handbooks, and fielding complaints from tournaments that people are using units that are no longer in production.