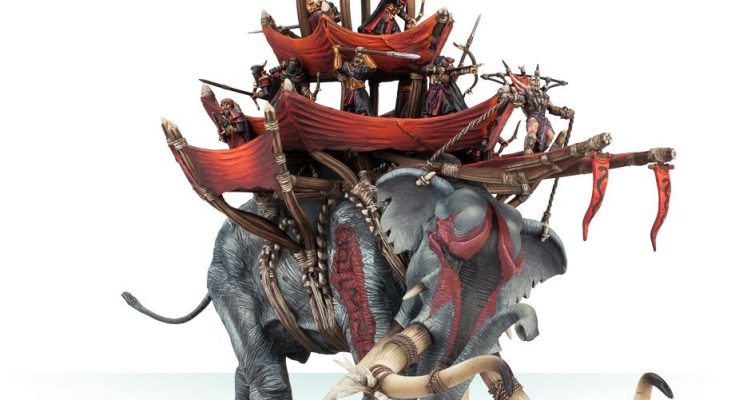 The kit includes the original plastic Mumak, plus the resin parts necessary for conversion – including new tusks and trunk for the Mumak, and the Mumak War Leader in both mounted and foot poses.

You may remember The Mumak War Leader from the movies, as the guy who was steering a Mumak with ropes.  The kit also adapts the Mumak to have extra spikes on the tusks.