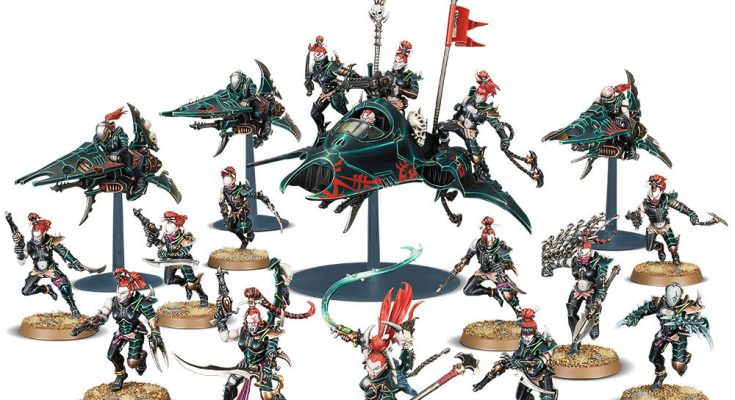 Announced today on Warhammer Community – the new Drukhari Codex and a new Start Collecting! set will be available for preorder next Saturday (31st March 2018). 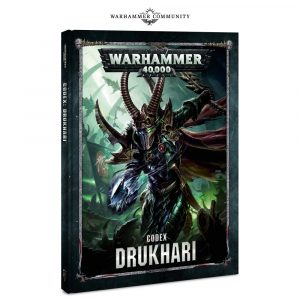 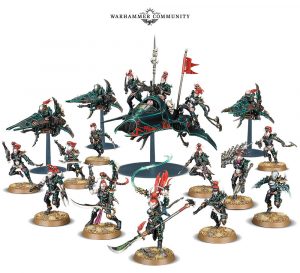 This new Start Collecting! set replaces the older Start Collecting! Dark Eldar set, and at first glance the differences appear to be the replacement of the Raider (£22.50 RRP) with a Venom (£18.50 RRP), the Archon with a Succubus (both £14 RRP,) and the 10 Kabalite Warriors with 10 Wytches (£18 RRP), making it ever-so-slightly less value for money than the previous set – at least in the UK, prices may work out differently in other territories.  Therefore, you may want to pick up the previous set while it’s still available, especially as many of the units are not duplicated in the new set so you may wish to get both!